RELAXING DAY IN THE STUDIO

After our big Family Get-together at our house yesterday, we deserved a relaxing day of play.  After a very nice walk in the park with Lucy-dog, I went up to the studio and played around.
Over a month ago, I picked the interesting top from a weed-plant that I saw while walking in the park.  I put it on the dash of the car and its been there ever since, where I could see it and think about it.  I find it's shape very interesting and have been thinking about rendering it in a painting or fabric.
Today I got it out of the car and brought it up to the studio and started drawing and painting.
One of the things that's fun about acrylics is that they dry very quickly so you can make changes and alterations very soon.  Here's the drawing after I started putting acrylic paint on it, in the different stages as it progressed: 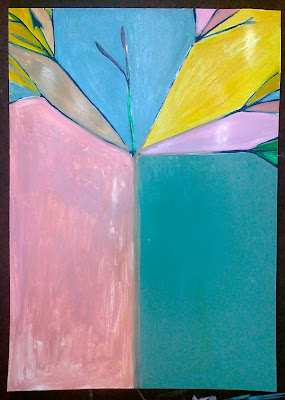 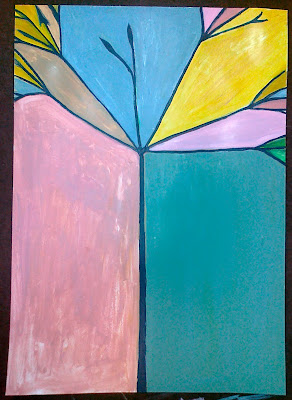 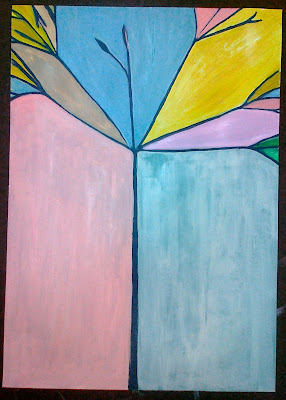 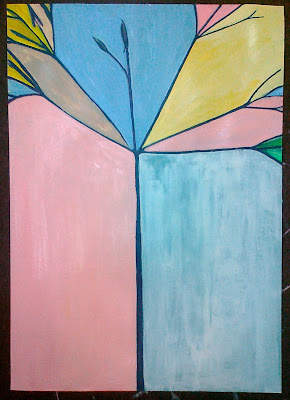 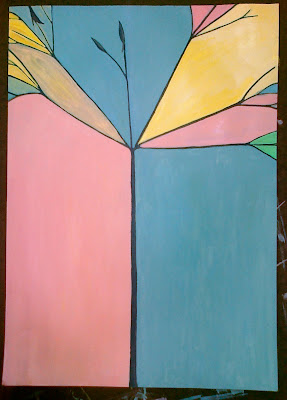 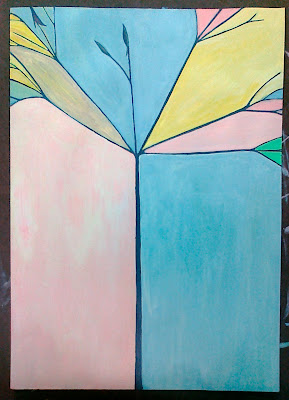 Now I'm thinking about how to do it in fabric...hmmmm.
0 comments 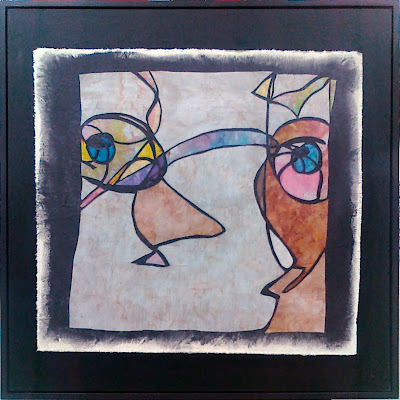 I usually try to put something into the Renton Annual Art Show.  This year I had two distinctly different entries because along with my usual industrial type painting I entered one of my Snitzels.
I was pleasantly surprised to find an invitation in this Tuesday's mail, with complimentary tickets, to attend the Preview Party on Thursday night because I had won a prize.   It didn't say what prize or which piece had won the award.
Last night I was delighted to see that the Snitzel was the one that garnered the attention.  It is so much different than what I usually do.  And different from much of the other art in the show.  This piece is a fabric collage, more or less.  This is one that I have been posting about it's progress on this blog.
It won the Lucille Culliton Award of $100.  Cool.
We have fun at the Art Preview.  They serve free catered food and wine.  I head straight for the wine!  Then we look at the art until they serve the dessert.  This year it was Tiramisu.
I have only one complaint (if anyone is listening) - I wish it started earlier in the evening.  What's with waiting until 8pm to even begin?  Maybe we could start at 7pm?  That would be nice.  Thank you very much.
1 comments 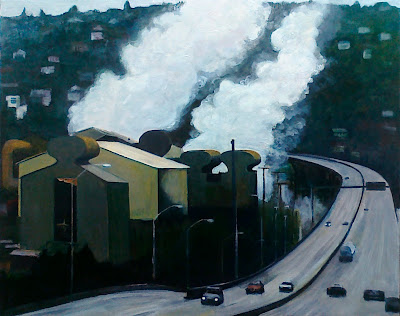 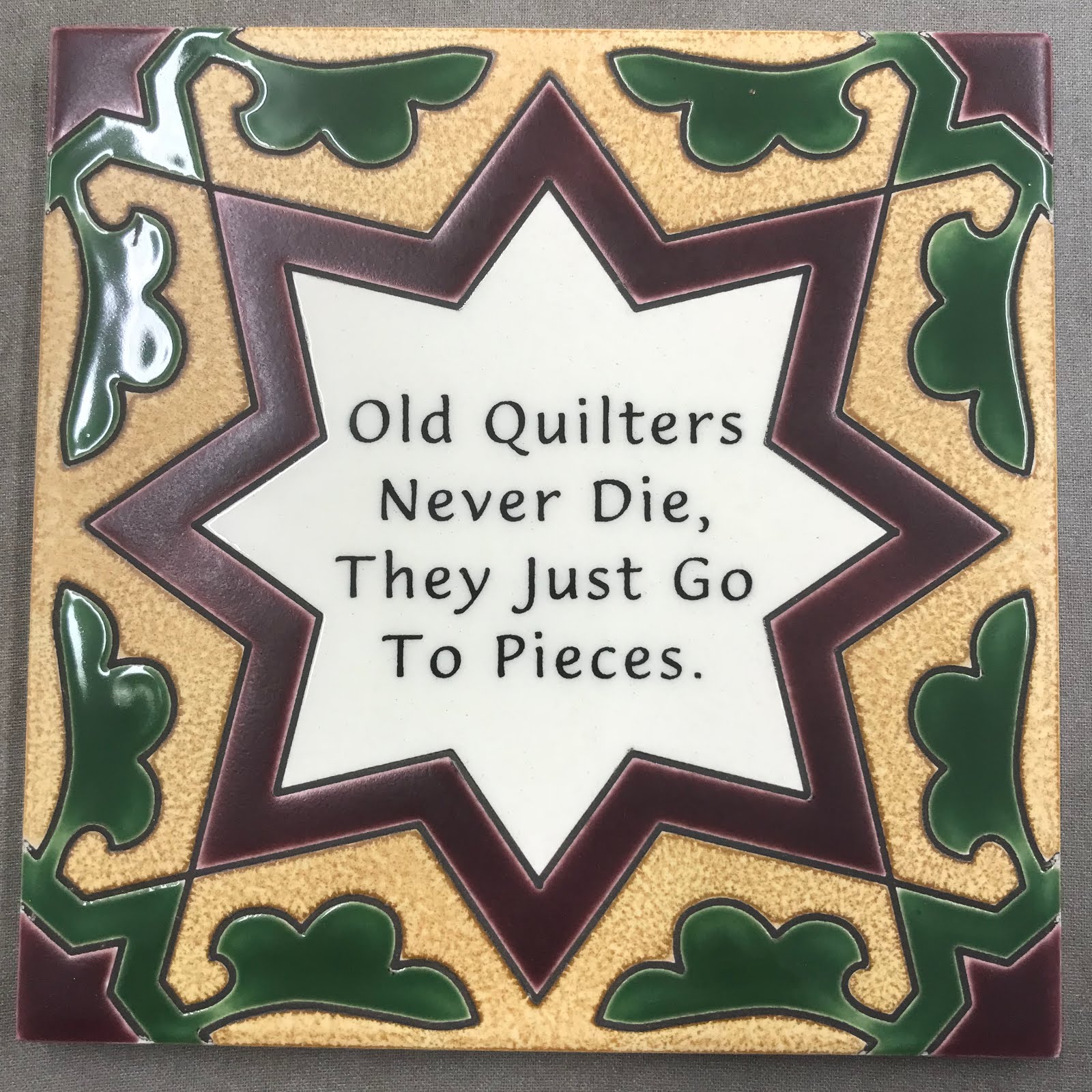